In a city that idolizes immortals like Jackson Godspeed he is the hottest angel around.  He has always been in the spotlight and in a week he will be the youngest Guardian ever.  Everyone in the world is lining up to pay so that he will keep them safe.  Now that he is so close to his dream he has to be sure not to be distracted by the parties, paparazzi or the red carpets.  What he never planned on was Maddy.

Maddy is seventeen-years-old and she is proving to be the distraction that doesn’t need right now.  Maddy is everything is not used to, down-to-earth and not really into the angels.  She sees for the person he is and not the angel everyone else sees and certainly not as a celebrity.  Even with their vastly different backgrounds they have a connection that defies explanation.  A connection that is threatened when something deadly tries to destroy their chance at love.

There are those that don’t worship the Angels and would love to see them brought down.  Out there is a killer that is murdering Guardians one at a time.  Now Maddy is going to have to find a way to save because he is now in the killer’s sights.

This story has a very different take on angels.  It will also suck the reader in and won’t let them go until the very last page.  The story line is very engrossing and the mystery in it will have readers wondering who is behind everything and just what will happen next.  With several different suspects to choose from this one will leave the reader guessing until the very end.  This story has some great twists and turns and the reader never knows where they will end up next.  While it seems like a sizable book the pace is so fast that the reader will be at the end before they know it and will be dying to have the next book in this series.  This is a young adult book that even adults will love.

I give this one 5 red roses

Posted by Anne Herries Author at 19:53 No comments:

Lena Duchannes is completely unlike anyone else in the small Southern town of .  She is struggling to hide her power and deal with a curse that has haunted her family for generations.  Though when living in a small town secrets never stay hidden.

Ethan Wate has been counting the time until he can leave the small town of .  He is haunted by dreams of a girl he has never met.  When moves to town Ethan is drawn to her.  Now he is determined to uncover the connection between them even if it means going to the infamous and oldest plantation in town.  Ethan and have a connection between them that is beyond explanation.

In a town where everything is the same all the time there is one secret that could change everything.

This is a wonderfully written story that draws the reader in.  The reader gets lost in a story that comes to life with every word that is read.  In a story of curses and secrets it will keep readers guessing as to just what will happen next.  This one will have readers wondering just how many secrets one small town can have.  This story also shows just how towns in the South don’t forget their histories.  The story paints a very vivid picture of this small town that will have the reader believing that are actually there.

Posted by Anne Herries Author at 19:51 No comments:

Another Home, Another Love

Rosemary Palmer-Farr is a horticultural student, approaching her 18th birthday. She is invited to celebrate the occasion with her friend, Tania Caraford, who is almost 21 years, at the Caraford’s family home. When she was younger, Rosie spent much of her time with the Caraford family, who still treat her as one of their own. Rosie’s own parents, Catherine and Douglas, were rather detached, but her mother, who had recently restored Douglas’s ancestral home, Langton Tower, was now taking an interest in her daughter and encouraging her to associate with (in her opinion) a better class of person than the Carrafords, who were tenant farmers.

Rosemary plans to manage the extensive gardens at Langton Tower once she graduates from college and when her father collects her for the celebratory weekend, he tells her how pleased he is with her decision.

The evening of the joint birthday dinner, Rosie, having visited a hairdresser with Tania, is looking particularly glamorous in a dress sent for by her mother from London. When Rosie arrives at the Caraford’s home, her stunning appearance does not go unnoticed by one of Tania’s brothers, Sam. Unfortunately, Sam’s girlfriend, Lidia, is not impressed with her boyfriend’s interest in his childhood friend, but the family find Lidia demanding and over-bearing and so do not allow her to dominate the evening.

Some weeks later, Rosie sails through her final exams and returns home to take over management of the gardens at Langton Tower. She is helped by Paul and Rodney and soon settles into her new life. It is not long, however, before Sam begins to show an interest in Rosie, realising how shallow his girlfriend, Lidia, actually is. Unfortunately, Lidia is very jealous of Sam’s relationship with Rosie and this leads to disaster for all concerned.

Read on to find out if there can ever be anything more than friendship between Rosie and Sam or will Catherine Palmer-Farr get her way and secure her daughter what she considers to be a suitable marriage.

This is a beautifully written novel with believable characters, who are regularly challenged because of the nature of their lives making a living from the land. A deep sense of community is apparent, however and this makes the novel both heart-warming and charming.

I award Another Home, Another Love four red roses. 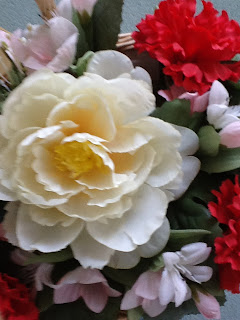 Savannah Wilde is one of three sisters that have had to live with the murder-suicide of their parents.  , Samantha and Sabrina were completely changed the night they lost their parents and have moved on with their lives.  They have stayed away from their home town of until they need to go back and the first one back is .  As a prosecutor in after her last case which was grueling she decides to take some time and head home to Midnight for some peace and quiet.  What she never expects is to find some letters that make her question all she has known about her family’s dark and shameful past. They make her realize that the town she has always thought she has known is not what is real and that there are some very dangerous secrets in the town of .

Zach Tanner was the town’s bad boy until he went off and joined the military.  Now he is back in Midnight as the new police chief.  Zach also feels that now he can show that the boy she used to love and the one that hurt is not the same as the man he is today.  Zach can sense the secrets of the town too.  Zach knows part of his job is to keep the town and safe but that might be easier said than done.  There is a lot more going on in Midnight than what is on the surface.  If he wants to keep the woman he never stopped loving safe he is going to need to figure out who are ’s enemies and which ones are his.

This one is a great thriller that will keep the reader on the very edge of their seats guessing just what will happen next.  It has some great twists and turns that will have to reader trying to figure out which was is up.  It will also have readers never looking at small towns the same again and they will always be wondering just what is under the surface of any town.  The characters are very well written and readers will be able to completely relate to them.  This story will draw the reader in so completely that they will be rushing to finish it just to see what will happen next only to mourn when they reach the end of it.  It will also have them eagerly and impatiently waiting for the next book in the series.  This is one romantic suspense that romance readers should not miss.

I give this one 5 red roses
Posted by Anne Herries Author at 20:36 No comments: