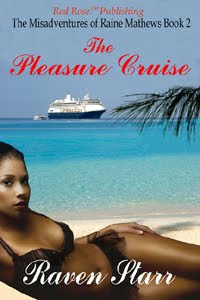 One of Raven's wonderful books from Red Rose Publishing.

You can find more exciting sexy books at
www.redrosepublishing.com

After returning home, Raine Matthews’ fantasy writer extraordinaire decides to take a short vacation from her woes and flies off to Miami for her cruise. What she thought was going to be a quiet, relaxing trip ended up transforming the wall-flower in to a sex-craving machine.

Will all it be is sex or is there more to it than that? 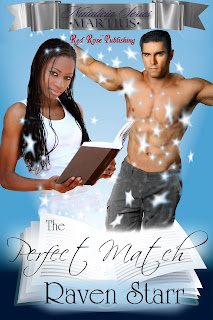 Kiora Webb is a typical Pisces woman. Independent, creative, and romantic, but she just couldn't meet the right guy. Working at Caper's New and Used book store; was the perfect place for her. For an early birthday present her friends treat her to a girl's night out to Club Fusion where she meets slick talking Donovan Black. From his self-assured stance to his lame, run-down pick up lines, she dismisses him swiftly.

Donovan Black has never been turned down before. When beautiful Kiora Webb doesn't fall head over heels for him, he's crushed. Taking his failure as a game Donovan's buddies persuade him into thinking he could never have a woman like her. Donovan set out to prove them wrong. But what started out as a ploy turns into something that not neither one of them could foresee.

What can that ploy be?

Donovan shrugged away from Demitri's embrace and stormed outside to cool off.

"You alright, man?" Demitri asked, holding out his hand to help Kevin stand.

Kevin shoved Demitri's hand away, stood up and followed Donovan outside.

"Oh damn," Demitri shook his head and chased after Kevin.

"Yo!" Kevin called. He stalked towards Donovan.

"Guys, let's not do this." Demitri positioned himself in between the two males.

"Naw," Donovan tossed away his lit cigarette, cracked his neck and stood his ground. "If he wants to roll, we can do that. I have no problems breaking him down now, anyway."

"Think you're a bad ass now, Dono? Got to taste some chocolate ass and now you think you're Don Quan?"

Donovan pointed at Kevin. "Don't you dare disrespect her again, Kevin, you don't even know her. I'm trying real hard to keep myself from knocking you off the damned pedestal you think you're on. Last warning, call her a name again, we ain't brothers, we ain't boys and we ain't friends. I will knock you on your ass and there's nothing my brother can do to stop me." He glared at Kevin.

"That's how it is, bro?" Kevin sidestepped Demitri. "We've been through a lot and you're gonna let some whore…"

As soon as the words left Kevin's mouth, Donovan's punch knocked Kevin in the slushy pool.

"I told you, Kevin!" Donovan yelled.

"Donovan!" Demitri fished a dripping and shivering Kevin from the pool.

"You alright?" Demitri asked, but it was no use. Kevin dashed after Donovan. Kevin dove for Donovan's legs, knocking him to the ground. Kevin used his brute strength to pin Donovan's chest to the ground while delivering a few quick jabs to his ribs.

With a quick burst of energy Donavan slugged Kevin on his left temple with his elbow point.

As Kevin swayed, Donovan threw Kevin off, then stood. Donavan's dark blue jeans were caked with mud and wet from the melting ice and snow. His white turtle neck was ruined with rips and ground-in stains. He spat crimson drops on the ground. Donavan wiped the blood from his lip on the tip of his sleeve.

"I don't wanna do this, Kevin. Enough. Take your ass-whippin' like a man. Get the fuck out!" Donovan snarled. His blood felt as if molten lava flowed through his veins. His anger erupted like a volcano.

Donavan wanted Kevin so he could figure out how to get Kiora back. Tomorrow was her birthday and…

Donovan was so consumed by his thoughts, he'd blocked out his brother's warning until he was too late. Kevin picked up a large rock and hurled in at Donovan. He felt the impact of the rock against his skull. It made a sickening cracking sound echoing in his sub-conscious. It was last he remembered before darkness engulfed him.


Raven's Wolf Story in the full Moon Sanctuary series in aid of the wolves. 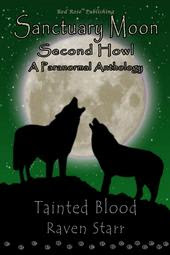 Posted by Anne Herries Author at 08:23