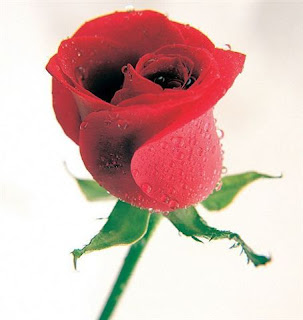 
Our reviewers have chosen some of their favourite books of the year. Readers can nominate the books they liked best from the list below and email in to vote for them. You have until midnight December 1st to get your vote in for your favourite!

The author of the book that receives the most votes will receive a small gift from Red Roses For Authors. There are two awards, one for longer books and one for short.
One email voter will receive the prize of an ebook.

Please send your emails to
indsole@yahoo.co.uk


The nominees for the main award are:

The nominees for the short award are:

Vote for your favourites!
Posted by Anne Herries Author at 00:42 19 comments:

Ally Robertson/ Psychic Passions/Eternal Press/ebook/189 pages
This book opens with a beautiful, sensual dream. Caprice has abandoned her turbulent marriage for freedom but she hadn’t bargained for the silence and loneliness it brought. She now shares a studio with three other artists – one of who is a blue-eyed god, a man who reminds her of a famous painting. She begins to dream of him, to become obsessed by her dreams. Cassidy seems to empathise with her but he has deep-seated problems. When Caprice is involved in an accident, Cassidy reads her unsent letters to him and begins to understand her deepest feelings. Cassidy makes a supreme sacrifice to save her life and they are clearly connected. Danger and suffering lies ahead but can they overcome it to find happiness?
This is a deeply emotional and very sensual book that grips the reader from page one. 4.5 red roses, Morna
Posted by Anne Herries Author at 02:17 No comments:

This Regency romance is somewhat different from the normal line of this genre.
Lord Dewar, who is the infrequent visitor to his Ancestral home, St Alton’s Abbey which was situated in Harknell in the heart of Kent, surprised everyone including his eccentric mother, by a sudden unannounced visit to his Seat.
It had been two years since his last visit and Miss Holly McCormack had not even missed him, but was quick to relay to him the fact that she considered him very remiss in his duty to his dependants in the village, when she did see him. She was mainly interested in the local orphanage, which Lord Dewar supported, albeit rather sadly according to her reckoning. Holly McCormick herself reliant on the charity of her Uncle and his family, worked hard on supporting this particular charity. The local vicar who ran the orphanage, thought her eminently suitable to be his wife, but he was not in too much of a hurry to ask her. He told her that he would ask Lord Dewar for a donation for the orphanage to do very necessary repairs to the home. Holly decided that she would give Lord Dewar a list of the things she deemed he should attend to before he went back to London, herself. His visits were usually short but this time it seemed he had no desire to rush away in fact he decided to stage a play in the Abbey and intended to enlist the help of the entire village to do this. This course of action was a surprise to Holly and to many others in the village. Holly considered that he had many other duties, which should come before his play acting and told him so.
The play, which Dewar had decided on, was Romeo and Juliet and soon the whole village was drawn into the excitement, except Holly, who at first refused to have anything to do with the presentation, but was later unwillingly seconded into the play by Lord Dewar.
What was to happen during the time Lord Dewar was so engrossed in his presentation was a complete surprise to everyone including Holly herself. She was courted by a rich friend of Dewar who had come down from London to help with the play. Sir Swithen who had ties to the London theatre and was well respected fell in love with Holly and determined to make her his wife. She was amused by his attentions, but had no intention to marry him. But was thrown together with him at every opportunity by Lord Dewar.

But is this to be Holly’s fate? Can she really marry this dandified fellow and why has Lord Dewar decided to prolong his stay, will the Vicar eventually ask Holly to marry him and would she accept him anyway? Read this unusual book and follow it’s twists and turns it will keep you well amused, especially in this dreadful weather. I award this book 4 red Roses. AS.
Posted by Anne Herries Author at 00:57 No comments:


Princess Kali and Capitan of the Guard Koran T have been denying their feelings for each other for a long time now. Trouble is brewing and the King has ordered Koran T to protect his daughter at all costs and remove her to a place that no one will ever know where they have gone. Ordered not to return until the king beckons, Koran will do everything in his power to protect Kali. Now if he could just get her to cooperate his job would be much easier.

Kali cannot believe that Koran T has removed her from school and taken her away. At first believing that he has lost his mind, she is determined to thwart him every chance she gets.

There is more trouble for them than anyone at first imagined. Just when they think they are somewhere safe, Kali is kidnapped by another enemy. Koran T has to rescue the princess before he can tell her how he really feels, but knowing there are things in his past that most do not know he fears how she will react.

While recovering from an attack Kali finds out what Koran has desperately tried to hide all his life. Now Kali understands why he has done what he has done and also why he has always felt he was never good enough for her.

With them both being witches, once they have bonded their relationship has become permanent and nothing and no one will stop them from being together, but to be able to return home they must overcome obstacles that are standing in their way. Neither one knows what is happening at home. They understand that they must get back there before the trouble that was brewing overflows and destroys everyone. All will be needed to overcome the evil that is coming. Kali, Koran and their friends and family will have to come together to fight the battle that is headed their way.


This is the third book in the Witches of Salem series. The story was very fast paced. It was a lot of fun to read. You never knew what was going to happen next. I loved the emotional ups and downs. This is one not to miss.