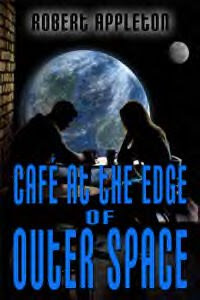 Tell us a little about yourself
I’m a quiet twenty-eight year old Englishman. Responsibility and career are snapping at my heels, but so far I’ve managed to outrun both. I kayak and play soccer whenever I can. Lately, I’ve been glued to my laptop for weeks at a time, subsumed in a desire to tell stories. It’s an addictive tonic, and I’ll be sticking with it for a while.

What do you write?
I’ve dabbled in war and history, written a lot of published poetry, but nothing sparks my inspiration like sci-fi and the paranormal. My stories are always grounded, though. I tend to value plausibility over outrageousness. My first novella, The Eleven-Hour Fall, is part survival adventure, part romance. Though its set on a strange alien planet, it has a palpable realism in terms of the characters and their decisions. Kate Borrowdale is the heroine, and she’s tough, if not very sociable. So being stuck alone with the man of her dreams on a deserted world isn’t exactly the worst thing that’s ever happened to her. Not until the real dangers start to show up, that is…

http://www.blogger.com/www.eternalpress.ca/theeleventhhournew.html
My new sci-fi short, Café at the Edge of Outer Space, has action and thriller elements, but it’s much more of a coming of age story. All sixteen year olds, each paired with a mate in order to kick-start adulthood, must undergo a ten year exile from Earth as a rite of passage, and also to alleviate overpopulation. Many will never return. All pass through the café at the edge of outer space, the legendary waystation orbiting Earth.
The protagonist, Frank Archer, isn’t ready to leave home, and though he’s smitten with his girl, Emma Whitaker, he’s very much in over his head. But it’s time for the boy to become a man when the station is hit by a deadly terrorist attack.
There are elements of Frank’s alienation everywhere today in teenage life, from leaving home for university, to falling in love, to facing a blank, uncertain future—the outer space of life, as it were. It’s an entertaining story first and foremost, but those underlying themes are what inspired me to write it.

Why do you write?
It’s what I’m best at, and I enjoy the heck out of it. So much in this world pushes you along roads you’re supposed to take, or that you’d rather not take. Here’s one I think I was born to take. Well, that’s my version!

What are you writing now?
I’m gearing up for a time travel/ alternate history tale featuring Field Marshal Montgomery and his role in WW2. My brother and I both think he’s been marginalised in recent years. We’re going to put things right, or at least die trying! I’ve also started two ambitious sci-fi novels, which will take up most of my time until I reach thirty. Scary thought!
What kind of clothes do you like to wear?
Casual, inconspicuous, as few fashion labels as possible. Usually jeans and a sports shirt. I can blend in with the best of them.
Are you in love? Have you ever been?
Not really. Love is a tricky one. You convince yourself of it at the time, but later you look back and roll your eyes. She put a spell on you, that’s all, and it wore off.

Do you have a dream lover – and what does she look like?
God yes! Three words. Jennifer. Love. Hewitt. If the only way to meet her in Ghost Whisperer is to die, pass me the cyanide. Another one would be a young Jacqueline Bisset. Perfection!
What kind of comfort food do you like best?
That’s such a chick question. I could eat Dairy Milk chocolate all day, though.
What makes you laugh? Cry?
I’ve got quite a dry sense of humour. The funniest thing I’ve ever seen in my life is a BBC comedy series called ‘Blackadder’, particularly the last season, ‘Blackadder Goes Forth’, set in the trenches during WW1. Rowan Atkinson just kills me in that. Cry? Not that I’d admit that, but uplifting moments get to me more than sad ones. Unless you count the ending of King Kong.
What do you do to amuse yourself when not working?
I play soccer every week, read quite a bit, go to the cinema/theatre occasionally, and watch dvds rather a lot. I’m a huge fan of James Stewart, Steven Spielberg and Oliver Stone. Reading-wise, Edgar Rice Burroughs and H.G. Wells tend to dominate my bookshelf. I’m definitely not one for pubs and clubs, and when I go on holiday it’s always off the beaten track. In my past life I was an explorer a la Shackleton, or at least one of his sled dogs.
What is it in a man or woman that turns you on? The clean version please!
Wow, okay—here goes! Pale skin, big eyes, sweet and feminine laugh, out of fashion, deep eyes, eye shadow, intelligence, summer dresses, bonnets, ample breasts and long lashes. Take your pick.
What do you hate about life?
Competition, authority and organised religion. Without those things, life would be much more pleasant for everyone. Wait! I’m not finished yet. I also hate alarm clocks and Big Brother. And mobile phones are the bane of society.
What do you hope to achieve in life and when will you know that you have been a success?
I’ll know when I’ve achieved my goal on the day I buy a house near the sea. Preferably with the income from writing books. ::adjusts his telescope:: Hmm, long ways off yet, Cap’n. But the rest won’t be achievement as much as fortuity. I like to go with the flow, just not society’s flow. I’m a rebel with a time machine.
What are you going to write next?
I also write under another name, Arthur Everest, and Eternal Press has recently released my time travel anthology, Esther May Morrow’s Buy or Borrow.
www.eternalpress.ca/esthermaymorrowborb.html
Each story involves a mysterious gift shop, all the items in which pertain to time in some way. I’m addicted to that series at the moment, so my next project will be an origin story called The Temporal Man. Without even writing a word, I know it’s going to be my best book yet. And if it isn’t, I’ll hop in my time machine and start over from scratch, until it damn well is my best book yet!
You can catch up with me at my Mercurial Times blog:
http://www.robertbappleton.blogspot.com/
or at my in-the-works Author Website:
www.freewebs.com/sevenmercury7
Posted by Anne Herries Author at 00:34

Wonderful interview, Robert! I really feel like I have a sense of who you are and what you enjoy.

You seem to be overflowing with story ideas. I wish you luck with them all!

Thank you, Lisabet! You're right, I'm up to my eyeballs in story ideas. I'll be lucky if I get a tenth of them written. But EP will be the first to read any of my sci-fi from now on. They've been great.

Thanks for stopping by.

Robert, I love your sense of humor. Dry as a bone, but so funny.

Blackadder was one of my favorites. We got it here in the USA on Public Access. Great show.

Your writing is brilliant. Esther May Morrow Buy or Borrow is a terrific book that I highly recommend to friends. Now I have to get your other work.

Good luck in your career. A house by the sea is certainly incentive!

You ARE having fun. Quite takes me back, that does. Where DID I put that time machine?

Sloane, I'm so glad you enjoyed Esther May Morrow's. Those stories are such fun to write that they're swallowing my attempts to dabble in other genres. Seems that with a little tweaking, ANY genre can become a time travel disciple. Esther May can't be stopped!

I still think we should team up for the Naughty Girls of Nice sci-fi edition: Claire de Lune. With Blackadder style dialogue. Awesome.

Ah Sally, our time travel exploits WILL be published some day...when the world remembers the power of rhyme and before the populous turns Eloi on us.

I think we reached sixty-odd chapters! Not bad for a Verne-ian, around the world team-up.